Explore vineyards and locations from the movie "Sideways"...

You will love tasting the wines of Solvang & the Santa Ynez...

Top 10 Must See & Do Spots in Solvang

How many of these top 10 must sees have you experienced in...

Enjoy an incredible variety of flavors and International... 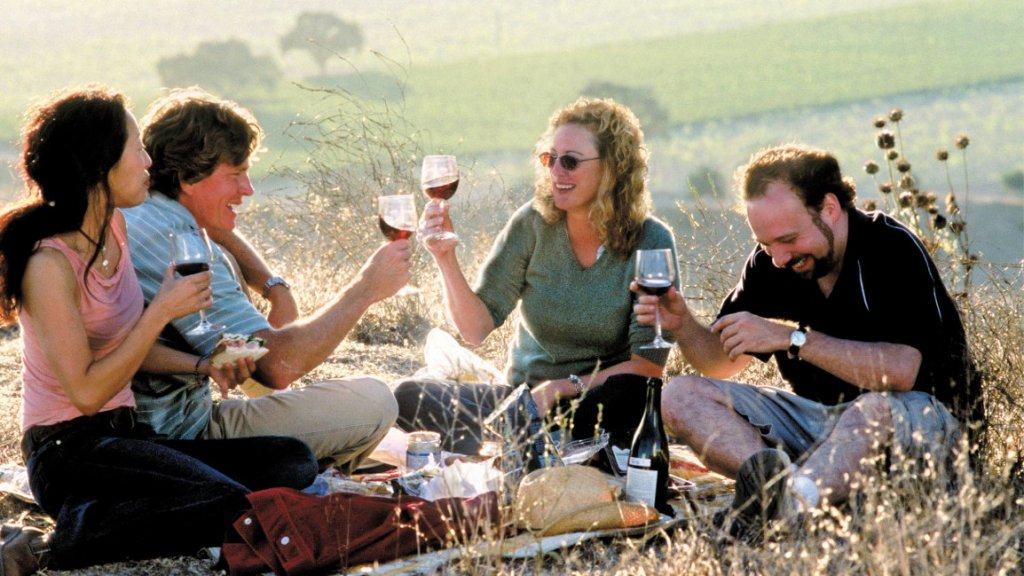 The Fox Searchlight feature film "Sideways" premiered in Fall 2004 and won numerous awards including an Oscar and two Golden Globes. The tale of two middle-aged men and the women they meet on a week-long wine tasting adventure brought world-wide recognition to the area. One of a number of movies filmed in Solvang, visitors can personally experience real-life scenes from the movie with specialty maps and tour packages. Here's all the places that Miles and Jack explored on their (mis)adventures:

AJ Spurs
Miles and Jack meet a waitress named Cami who Jack later gets tangled up with.

Sideways Inn
The motel Miles and Jack stay in while in Buellton.

Fess Parker Winery (Frass Canyon)
At “Frass Canyon’s” large wine tasting event, Miles phones his agent and finds out his book will not be published. After the pourer refuses to serve him a full glass, Miles guzzles the spit bucket.

Firestone Vineyard
Miles, Jack, Maya and Stephanie sneak out of a wine lecture to share a romantic walk through the Barrel Room.

Foxen Vineyard & Winery
During the split screen portion of the film, Miles and Jack help themselves to full glasses when the pourer turns her back.

Gaviota State Park
Miles is despondent over Conundrum passing on his book. Jack tries to console him.

Hitching Post II
Miles and Jack share a bottle of Highliner at the bar. While having dinner, they talk to Maya who waits tables there. Later, Miles returns on his own.

Lompoc Farmers' Market
Miles and Maya walk through the market.

Fiddlehead Cellars
Maya raves to Miles about her Fiddlehead Sauvignon Blanc as the first wine of their famous romantic dinner.

Ostrich Land
Ostriches seen while Miles, Jack, Maya and Stephanie drive to the picnic. Later, Jack gets acquainted with them on his “run” from Buellton to Solvang.

River Course at The Alisal
While golfing, Miles and Jack frighten the impatient foursome chipping into them.

Alma Rosa Winery
Miles teaches Jack the basics of wine tasting. Chris Burroughs starts them off with the Vin Gris in which Miles smells citrus, strawberry, the faintest soupçon of asparagus and just a flutter of a nutty edam cheese.

Solvang Restaurant
As they sit down for breakfast, Jack grumpily insists that Miles’ gloominess not thwart his attempts to get lucky before the wedding.