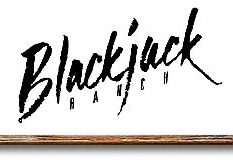 We are open Thursday - Monday, 11am - 5pm.
Blackjack Ranch is the product of 30 years of imagination and preparation. At the age of 14, I began studying the wines and wine making of France and California. Two years later, I was fermenting small batches of wine in the produce section of my parent’s grocery store. By 17, I was collecting the wines of Bordeaux and Burgundy. Passion for all aspects of wine enabled me to envision the character of the wines I eventually intended to produce. In 1990, I invented and introduced a casino card game called “California Blackjack” in Los Angeles. The standard game of “21” was outlawed in California in 1873, but my game was different in that two aces was a “Natural” and technically that made the game “22”, not “21”. The vineyard was planted in 1996 and is named in honor of the game. Our first production vintage was 1997 and the tasting room opened in 1999.