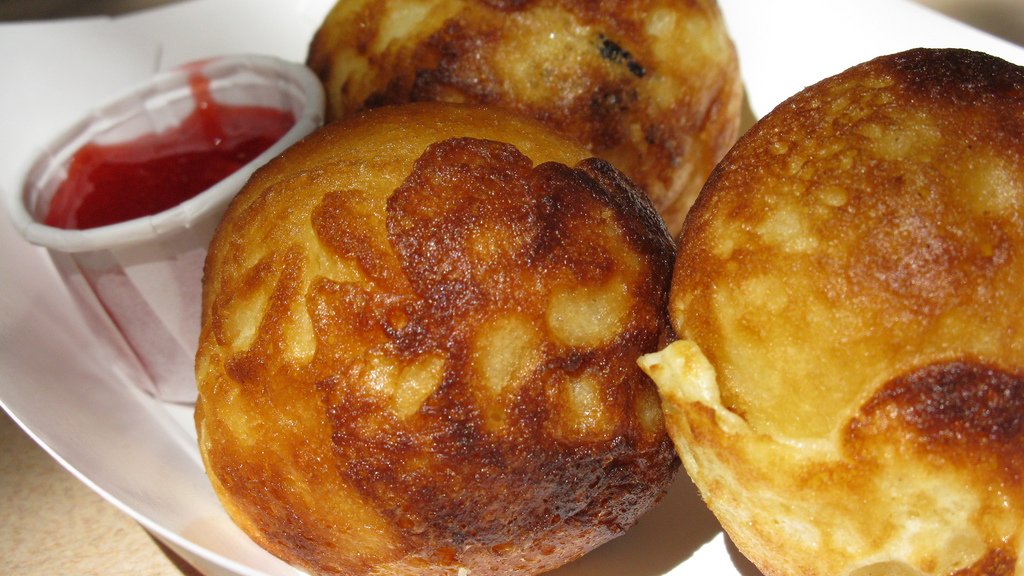 A Guide to Solvang’s Danish Bakeries

It’s easy to get around downtown Solvang to sample the best in Danish sweets. Your only challenge will be deciding how many bakeries to stop into. View all the restaurants and bakeries in Solvang and plan your own pastry tour today!

Here are some local favorites to get your tour started:

Solvang is the perfect place to pair your newly discovered pastry favorites with the ideal wine or cider.  Conventional wisdom states that Sauvignon Blanc and a traditional Danish roll go hand in hand, but half the fun of tasting is finding out which flavors work together best.

Dessert is only the beginning. Explore the culture of Denmark in greater depth and detail during Solvang’s annual Danish Days festival.

Danish rolls: The classic pastry directly named for the country of its origin, (although initially the recipe was adapted from a treat based out of Austria called Plundergeback), Danish are flakey, multilayered sweet breads commonly found on breakfast buffets throughout the United States.  In Scandinavian countries, this pastry is known as wienerbrod, meaning “Viennese bread.”

Butter cookies: Danish butter cookies might be the most popular pastries of Danish descent. Although usually found in tin containers separated by individual paper liners, that is hardly the only thing distinguishing one style of butter cookie from the next. Here's a quick guide to all the tasty varietes:

Aebleskivers: These are dough cooked in hot oil and shaped like a tennis ball, served a variety of ways, but traditionally they are sprinkled in powdered sugar with a raspberry sauce drizzled on.

Cream puffs: Also known as flodeboller, these Danish treats have been popular for over two centuries. Comprised of a meringue foam with a marshmallow consistency atop a wafer or cookie, the cream puffs (or buns if going by the direct translation) are then covered in chocolate, sometimes white but traditionally dark. On occasion, flodeboller come in flavors like caramel, licorice, mocha, or strawberry.

Danish Waffle: Called stroopwafel, this is a double-layered pastry of thin dough which is filled with syrup (often made of butter, brown sugar, and cinnamon) or caramel between the layers to make the two halves stick together.

Risalamande: A dessert made with rice pudding, vanilla, and whipped cream, which usually incorporates almonds and a cherry sauce on top (referred to as kirsebærsovs). Risalamande is especially popular around Christmas, often served on the holiday itself and made from a large serving of rice pudding made for the December 23rd festivity called lillejuleaften (essentially the eve of Christmas Eve).  A similar variation, also eaten around Christmas, is called risengrod.  This dish is basically rice pudding with butter and cinnamon added served hot. 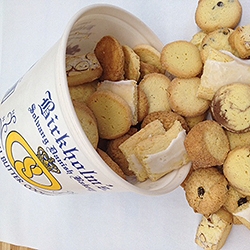 Being a family-owned and operated business, we're able to… 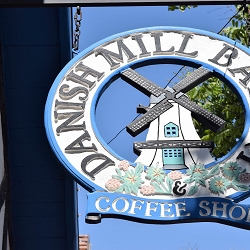 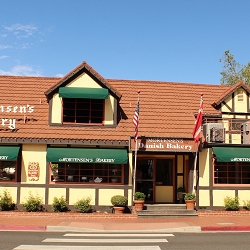 Nestled in the heart of Solvang in the Petersen Village… 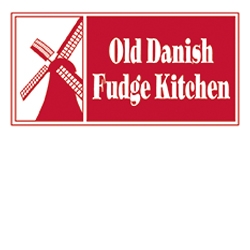 At Old Danish Food Farm, you will find the best handmade… 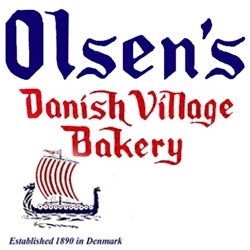 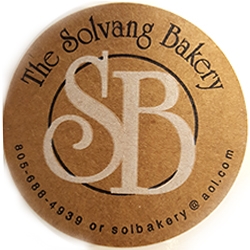 Solvang's premiere Danish Bakery for over 22 years. We…